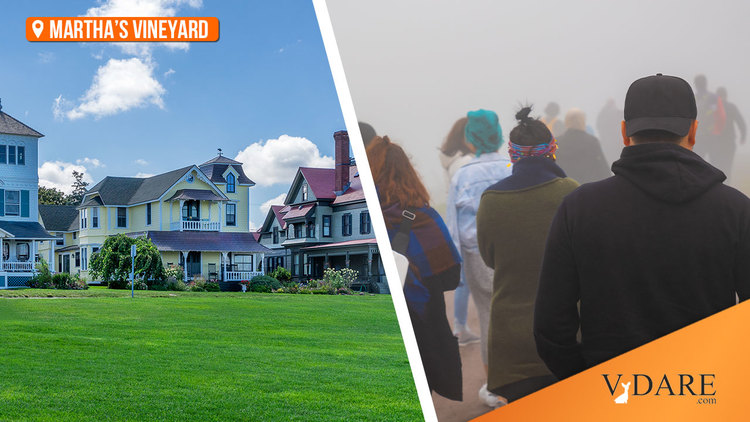 Love And Hate On Martha's Vineyard

‘I Ended Up on This Little Island’: Migrants Land in Political Drama

After long, perilous journeys, Venezuelans unexpectedly found themselves on Martha’s Vineyard, wondering what comes next.

Ardenis Nazareth, newly arrived from Venezuela, was standing in a McDonald’s parking lot across the street from a San Antonio shelter a few days ago contemplating his next steps.

After a monthslong odyssey through seven countries he had finally made it to the United States. It was time to banish from his thoughts the worst moments—when he was robbed at gunpoint and people dropped dead of exhaustion beside him as they crossed a lawless jungle, and when he watched helplessly as his friend was swallowed by the turbulent waters of the Rio Grande, just before touching U.S. soil in Texas.

Now Mr. Nazareth had one objective in mind: make money to support the two young daughters he had left behind.

But then the NYT blows it by posting Señor Nazareth’s picture: ”’I left my country to support my family’ said Ardenis Nazareth, a Venezuelan who was on a charter flight on Wednesday that delivered him to Martha’s Vineyard.” Credit…Matt Cosby for The New York Times

He looks like a really good father. You can tell from the face tattoo and, by my count, four neck tattoos. He’s probably saving up to get “Hate” tattooed under the other eye. Update: Mr. Nazareth appears to have a couple of drug-dealing arrests back home: