Allan Wall reminds Americans about the country that meddles most in American affairs: Memo From Middle America: Why This Hysteria About Russia “Hacking” The Election When Mexican Meddling Continues Right Under Our Noses?

About time! As Allan details, Mexican meddling has been brazen and constant for decades. It’s a greater threat to American democracy than (fake news?) Russian plots to “hack” the U.S. 2016 election are likely to be.

For too long, VDARE.com has been one of the few places people may turn for coverage of Mexico’s deliberate and active role in the demographic transformation of the United States into a multicultural mish-mash more amenable to globalists. 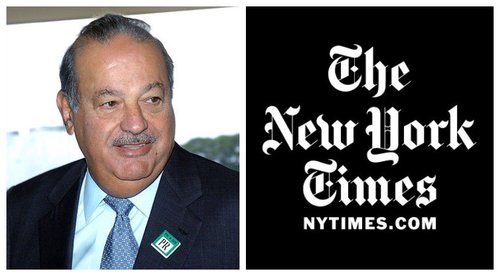 But as mainstream media continue to lose their grip over Americans’ sources of information, alternative reporters fill the gap – giving people news the establishment don’t want us to see.

In a fine synchronicity, Mike Cernovich and M.T. White last month published a lengthy blog-article about Pesos for Play: How a Mexican Robber Baron Turned the New York Times into His Personal Blog. In a story quoting Allan Wall himself, Cernovich and White ask why, when mainstream journos are so obsessed with billionaire influence in media, hardly anyone is willing even to notice that Carlos Slim is The New York Times’s largest shareholder.

Pesos for Play flags the conflicts of interest inherent in Slim’s influence over the NYT, with examples of how coverage is re-slanted to present him in a more favorable light. The article is also a decent overview, especially for Americans unfamiliar with Mexico, of Slim’s oligarchic manipulations in the Mexican economy. Cernovich and White highlight what’s obvious about the Mexican diaspora in the United States: the bigger it is, the better for Carlos Slim. As the monopolist mogul of Mexican telecom, Slim pockets a cut whenever any Mexican makes a call from America to Mexico, and vice-versa. All worth reading.

Mike Cernovich is making a name for himself. After being singled out as a purveyor of “fake news,” Cernovich went mano-a-mano with Scott Pelley on 60 Minutes. It’s hard to watch that exchange and not conclude Cernovich got the better of the exchange. More recently, Cernovich appears to be the man who broke the story of Susan Rice’s unmasking the identities of Trump campaign people caught up in surveillance.

I hope Mike Cernovich continues to keep an eye on the Mexican beat!