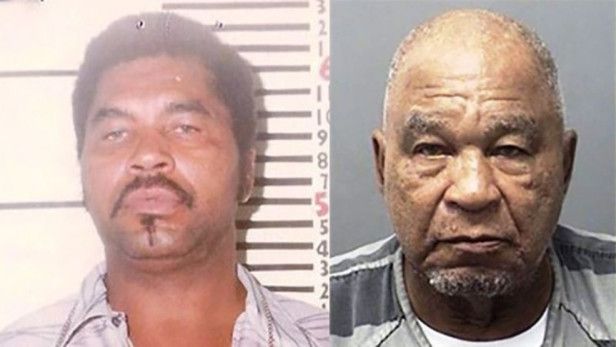 Myth Buster: Radford University Study Shows Since 1990, Blacks Have Been Majority of Serial Killers in USA

PK NOTE: Pick up a copy of the outstanding Rise of the Black Serial Killer: Documenting a Startling Trend. 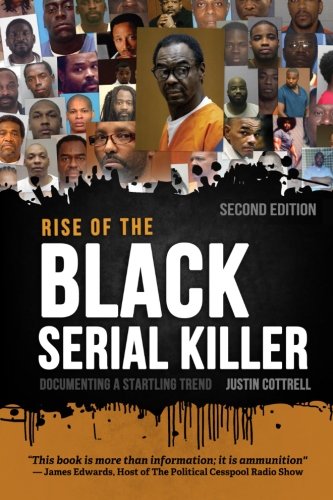 So it turns out the most prolific serial killer in US history is a black male.

Let’s call this a shot.

James Holland has heard confessions from many, many murderers. But now one is telling the Texas Ranger he’s committed 93 murders himself, making him perhaps the most prolific serial killer in American history. The race is on to identify all of the 93 women Samuel Little says he murdered, while the 79-year-old remains alive and continues to cooperate.

Holland tells Sharyn Alfonsi in his first television interview how he got Little to open up about his victims for a story to be broadcast on “60 Minutes” Sunday, October 6, at 7 p.m. ET/PT on CBS.

Information Holland has gathered from Little has led to 50 cold case murders being solved. There are more Little says he committed that if resolved would give victims’ relatives answers and exonerate any innocent people who may have been wrongly convicted for the murders.

Holland says he broke through to Little by agreeing with him that he was not a rapist, but truly a killer. This tack seemed to unlock the place where he kept detailed, almost photographic memories of every woman he killed. Holland describes Little’s process, “There’s indications of visualization, of when he’s thinking about a crime scene. He’ll start stroking his face. And as he’s starting to picture a victim, you’ll see him look out and up.”

“And you can tell he has this revolving carousel of victims, and it’s just spinning, and he’s waiting for it to stop at the one that he wants to talk about,” Holland says. [More]

Contrary, to Hollywood stereotypes of serial killers, the majority are black. Here’s your chaser.

Most Serial Killers Are Black, by Robert Hampton, American Renaissance, May 30, 2019

Earlier this month, a Kenyan illegal immigrant was charged with killing 11 elderly women in Texas. Forty-six-year-old healthcare worker Billy Chemirmir reportedly murdered women who were between the ages of 76 and 96 for their valuables by suffocating them with pillows. Authorities claim Mr. Chemirmir posed as a healthcare worker or repairman to get into the women’s homes. He had worked as a home aide for many of the women he is charged with killing.

Mr. Chemirmir came to the U.S. on a tourist visa in 2002. He overstayed but was able to get a green card in 2007 after he married an American citizen. Mr. Chemirmir had a long criminal record before his arrest, but was never deported. Police are now reopening 750 other cases of old people who died alone.

It may turn out that Mr. Chemirmir is one of the worst serial killers — defined as someone who has killed two or more people on separate occasions — in American history. Yet, he doesn’t fit the stereotype — he’s black. Serial killers are supposed to be white. In fact, blacks are considerably more likely than whites to be serial killers. 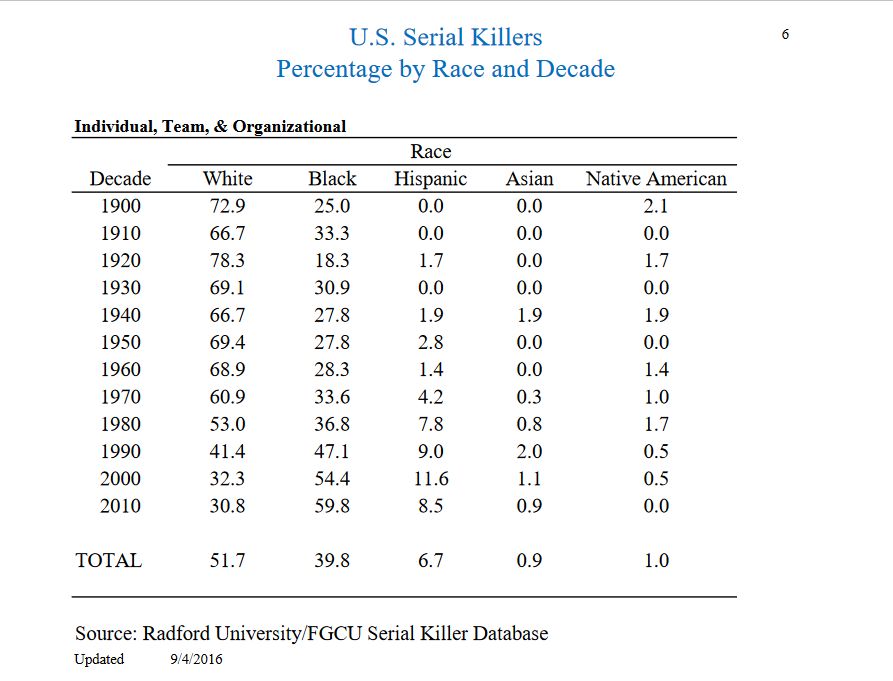 A possible reason why serial killers are thought to be predominantly white is that nearly all of the famous ones are white. Ted Bundy, John Wayne Gacy, Jeffrey Dahmer, the BTK Killer, and others have inspired books and films. Their trials were front-page news and their names live on. In fictional accounts of serial killers, such as Se7en and Silence of the Lambs, the villain is almost always a white man, further reinforcing a false stereotype. [More]

Per the Radford University study, since 1990, Blacks have been the majority of serial killers in America.