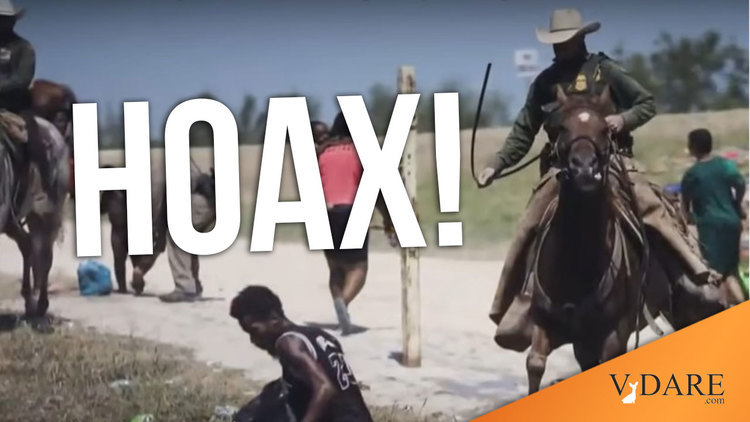 Narrative Momentum: Even Though Border Patrol Agents Were Cleared Of "Whipping" Haitian Illegals, Biden Will Punish Them Anyway

The Department of Homeland Security is preparing to discipline “multiple” horseback Border Patrol agents involved in the infamous “whipping” incident of Haitian migrants at the U.S.-Mexico border back in September.

A federal source told Fox News an announcement on the matter is expected within the coming days.

… Many Democrats and media outlets falsely described the agents’ long reins, which they use to control their horses, as “whips.”

ABC, CBS, and NBC pushed the debunked claim that Border Patrol agents were whipping Haitian migrants, but didn’t bother to inform viewers that it was discredited.

President Biden weighed in on the controversy, saying, “those people will pay.”

The agents involved were taken off their normal duties and have not been allowed to have contact with migrants since.

What proportion of the Rio Grande Valley horsemen to be punished have Spanish surnames?