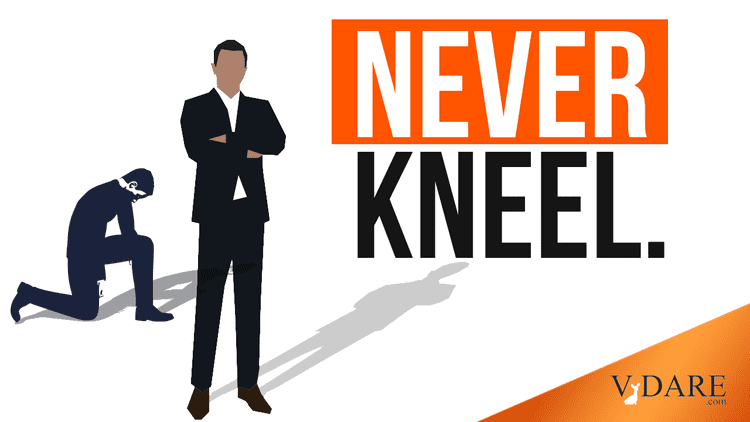 The Main Stream Media is more concerned with political correctness than they are with honest coverage of the torching and pillaging of our proud history by domestic terrorists.

At the New York Times, editor James Bennet was forced to resign after publishing an evenhanded article from sitting Senator Tom Cotton.

And Stan Wischnowski of the Philadelpha Inquirer just resigned because his headline “Buildings Matter, Too” accompanied a story about the destruction caused by violent rioting in the city.

Flippancy toward the radical left is more offensive to them than the pandemonium that has made a mockery of quarantine and exacerbated the cruel economic effects of the coronavirus lock down.

In a media landscape filled with lies and complicity, VDARE.com is the unflinching voice of the Historic American Nation. We will never kneel.

Thanks to the generosity of a single heroic donor, we have $20,000 up for matching in the month of June. Stand with independent, America First journalism today.

Please, give what you can.