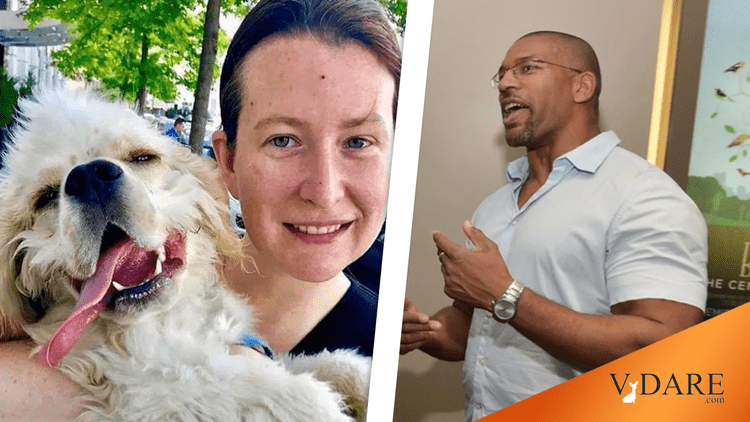 As you’ll recall this was the hugest story in America in the last days BGF: Before George Floyd. A financial genius would have read the tea leaves and instantly dumped urban real estate from his portfolio.

Ms. Cooper was captured on video calling the police after Christian Cooper asked her to keep her dog on a leash in Central Park.

Falsely? The gay black male Karen made a bizarre and not surprisingly frightening threat against the white woman: “Listen, if you are going to do what you want, I am going to do what I want, but you won’t like it.”

Knowing that he is a gay birdwatcher with an expensive education, we can now say for sure that he wasn’t a rapist-murderer on the prowl for women in Central Park’s woods. But how was the woman he was threatening supposed to know that?

after he asked her to put her dog on a leash in Central Park faces a criminal charge, the Manhattan district attorney said on Monday.

Amy Cooper, the woman in the park encounter — which was recorded on video, touching off intense discussions about false police reports made by white people about Black people — will be charged with filing a false report, a misdemeanor punishable by up to a year in jail.

“Today our office initiated a prosecution of Amy Cooper for falsely reporting an incident in the third degree,” Cyrus R. Vance Jr., the district attorney, said. “We are strongly committed to holding perpetrators of this conduct accountable.”

The episode occurred on Memorial Day. Ms. Cooper, who had been walking with her dog, encountered Christian Cooper, an avid bird watcher, in the Ramble, a semi-wild part of the park where dogs must be leashed.

Mr. Cooper asked Ms. Cooper, who is not related to him, to leash her dog, he said. When she refused, he said, he tried to lure the dog with treats in hopes of compelling her to restrain her pet.

That’s pretty weird. The black Cooper’s behavior carrying around dog treats to do something or other to other people’s dogs reminds me of Tom Lehrer’s song Poisoning Pigeons in the Park.

The encounter turned ugly when Ms. Cooper told Mr. Cooper that she was calling the police and planned to tell them that an African-American man was threatening her life.