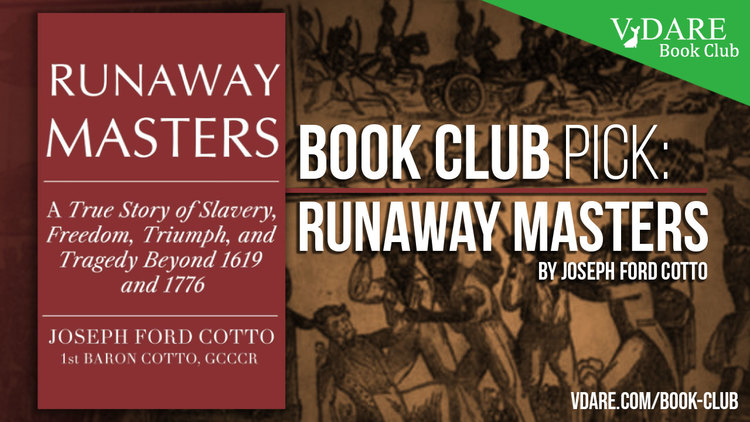 The next book in the VDARE Book Club will be Runaway Masters: A True Story of Slavery, Freedom, Triumph and Tragedy Beyond 1619 and 1776, by Joseph Ford Cotto. You can still purchase it at Amazon. 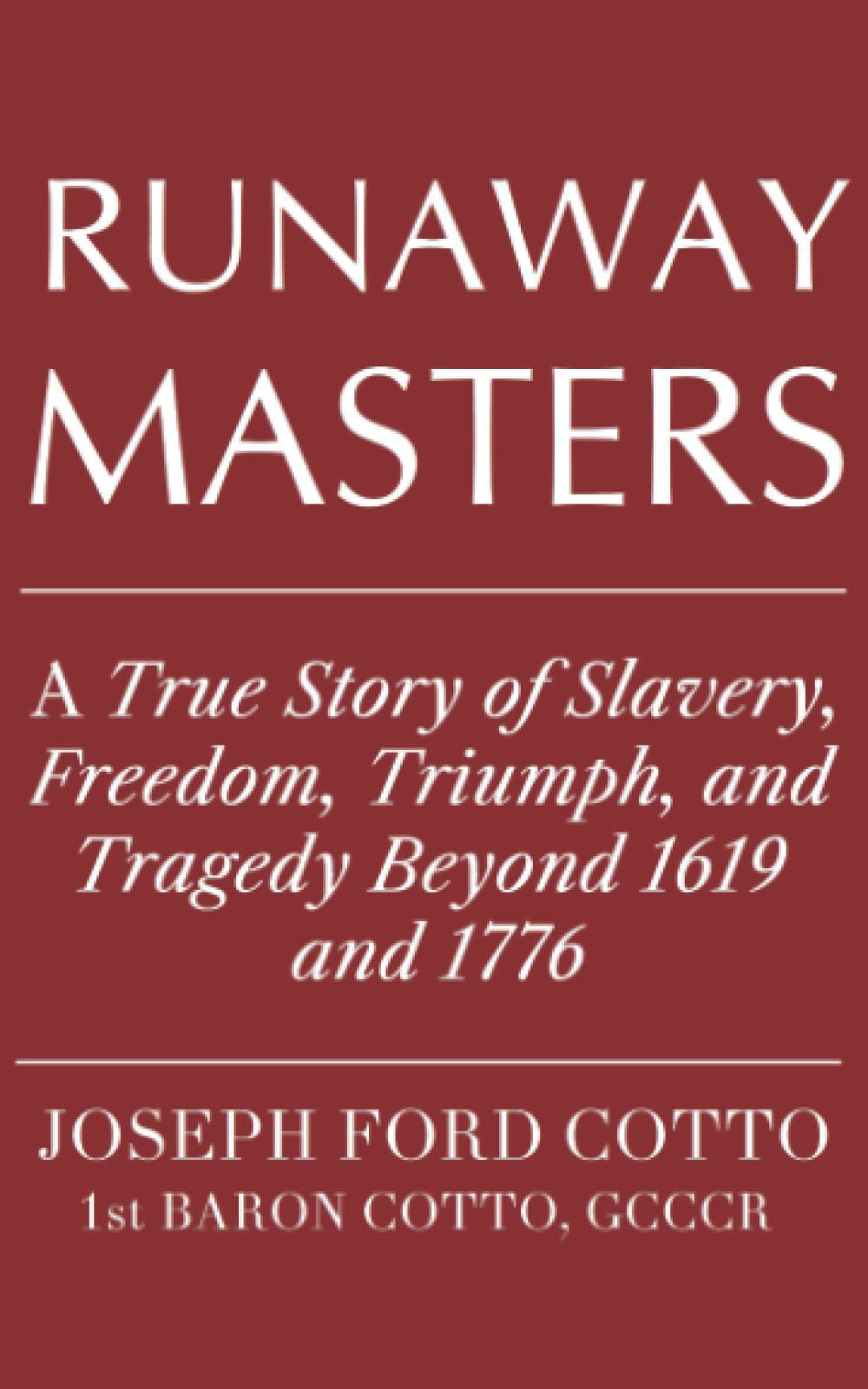 The book is a fascinating examination of the Florida Seminoles, as well as of the relationship between three races (red, white, and black) throughout the centuries in Florida. This is no simple story of "white supremacy," nor even of Indian resistance. Instead, we get identities forming and fracturing in an extremely brief time period.

There's also no simplistic racial unity—British, Spanish, and white Americans are quite willing to ally with different tribes in order to fight each other, and different Indian tribes are also willing to side with whites to gain an advantage over other Indians. Blacks too face a variety of fates, from outright enslavement in the United States to a kind of serfdom under the Seminoles, to something approaching freedom.

These issues continue to resonate in our politics, especially as blacks fight for official inclusion within the Florida Seminole tribe. Now, of course, the cost/benefit analysis of being included in a "disadvantaged" group has radically changed, as tribal membership comes with lucrative benefits.

Runaway Masters shows that racial politics in America is far more complicated than anything you will get from the 1619 Project, or, for that matter, the "conservative" 1776 Commission.

The discussion will be held on Thursday, January 20, at 4PM EST. The full interview will available to subscribers to the book club.

If you haven't already, subscribe to the Book Club here.