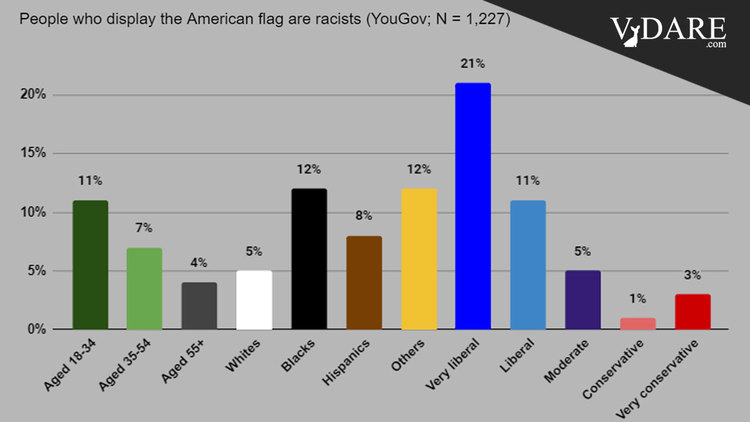 Earlier (2015): US Flag No Different From Confederate Flag As Far As Schools And Colleges Are Concerned

The percentages of people, by selected demographic characteristics, who describe those who display American flags on their homes or vehicles as “racist”: One-in-five “very liberal” people view the American flag as a racist symbol, as do one-in-eight blacks and one-in-nine people under the age of 35.

The stars and stripes haven’t suffered the same fate as the Union Jack yet. But the stars and bars are done and dusted, the Gadsden flag is under siege, and even the Betsy Ross flag is in trouble. It’s on the radar.