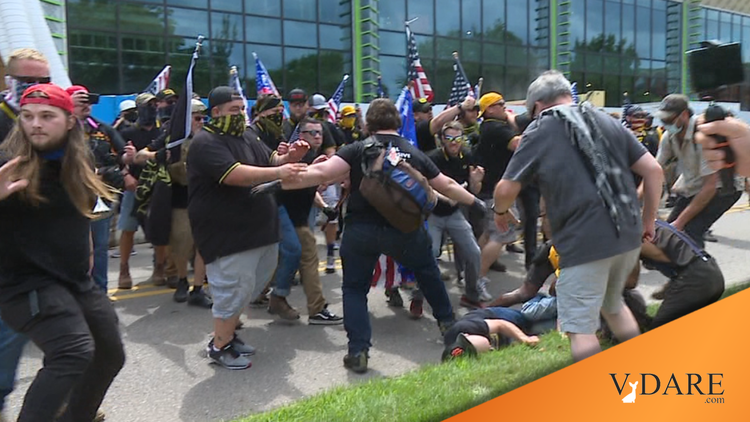 A Twitter Event covering the recent attack on the Proud Boys march contains this text:

A "Rally" is a public meeting to hold speeches, and a "march" is, in this case, a number of people carrying flags. What antifa "counterprotesters" do is show up at a peaceful march like that and beat people up. See Charlottesville, Trump rallies in 2016, and the Greensboro "Massacre" of 1975.

Proud Boys are attacking counter protesters, spraying pepper spray. I have been hit and sprayed. pic.twitter.com/JxzELa1ZEP

Fights broke out between protesters and the Proud Boys group when they arrived in Kalamazoo. @wwmtnews pic.twitter.com/bgk0LGa6j7

It's one more event in the MSM progression from a free press to an Enemy of the People.