Plano Texas Allows Islam to Be Taught in Public Schools

Whatever happened to Plano? As a suburb of Dallas, it used to be dependably conservatively American: now the political leaders think it is fine for totalitarian Islam to be taught as a superior ideology to young minds. A recent dust up concerned city councilman Tom Harrison who called for a proper separation between church and state by banning Islamic teachings from public schools.

Robert Spencer of JihadWatch explained, “The ACLU and atheist groups fought for decades to get Christianity out of American public schools,” but the supposed defender of the individual rights and liberties guaranteed by the Constitution doesn’t mind sharia law being allowed to predominate. 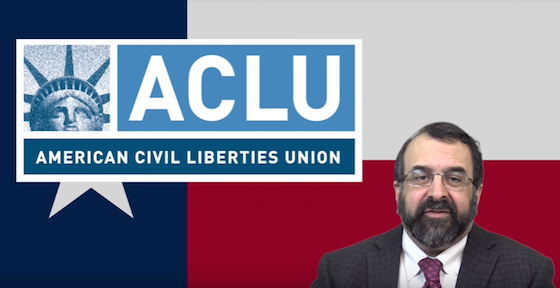 Plano has changed. A city of 269,776 inhabitants as of the 2010 Census, it has become diverse, presumably because of immigration. City-Data reported that only 66.0% of residents of Plano speak English at home. A Google search for Plano mosques brought up three.

This is how America dies — death by 42 million cuts of diverse immigrants.

Here’s the original article that was the basis for the Youtube:

In yet another sign of the confusion of our age, Plano, Texas City Councilman Tom Harrison is in hot water. Mayor Harry LaRosiliere wants him to resign, and local Muslim groups are planning protests until he does. His crime? Calling for a ban of Islam in public schools — in which no religion is supposed to be taught as fact or favored.

The ACLU and atheist groups fought for decades to get Christianity out of American public schools, but are they rushing to defend Tom Harrison? Of course not.

The controversy began when Harrison shared a short video on his Facebook page with the words: “Share if you think Trump should ban Islam in American schools.” LaRosiliere first gave Harrison a chance to get back on the politically correct reservation: “I waited to hopefully see some type of retraction that his account was hacked. I’m not sure why that was there, but that didn’t happen.” And so he called for Harrison to resign: “Mr. Harrison’s position indicates that he is unfit to represent this richly diverse city. This conduct is inconsistent with the values of the city of Plano.”

Dallas imam Omar Suleiman — who last year prevailed upon Google to alter its search results to conceal criticism of Islam — was likewise enraged: “When an entire group of people are targeted either by a teacher or an elected official, then those people are unfit to educate or to lead. I think that’s what the post is really all about.” He vowed to drive Harrison from office: “We’re going to stage protests, we’re going to continue to mobilize to make sure that the councilman is replaced.”

Nafis Pathan of the Islamic Association of Collin County was on board with that: “I hope the city councilman understands the consequences and accepts the demand from Mayor Harry.”

In the face of this onslaught, Harrison folded almost completely, issuing an apology:

I want to sincerely apologize to the Plano Muslim Community for the unintentional hurt I caused by reposting something on my personal Facebook page that wrongfully implied I am anti-Muslim. My intent on putting this on my personal Facebook page was to emphasize that Christianity is not the only religion being targeted for exclusion in our public school. It was not meant as a personal attack against the Islamic faith. As a Christian, it is my belief that all should be free to worship as they choose, but we live in a time where any practice of religious expression in public schools is rarely tolerated. My hope is that due to the rightful negative response to my post, that it will spark a renewed discussion about all religions and their place in our public schools. My other regret is that my personal action has reflected poorly on the City of Plano. My action was personal in nature, but I should have remembered this past Monday night’s Council discussion …. none of us are ever truly off duty. None of us are perfect, and we will all be judged one day by the highest authority. Until then, I ask for forgiveness within the community and acceptance of my sincere apology.

This has not, of course, mollified any of his critics. But amidst his groveling, Harrison makes a valid point about Christianity having been driven out of the public schools while Islam is now being introduced.

Should Islam be taught as fact in public schools, and given a privileged position not accorded to other religions? It’s happening, even in Texas where the Harrison imbroglio is raging.

Liberty High School in Frisco, Texas, recently established a prayer room for Muslim students, drawing a rebuke from Texas Deputy Attorney General Andrew Leonie, who said: “Liberty High School’s policy should be neutral toward religion. However, it appears that students are being treated different based on their religious beliefs. Such a practice, of course, is irreconcilable with our nation’s enduring commitment to religious liberty.” But in response, Liberty High School doubled down, and kept its Islamic prayer room.

There have been reports of Islamic indoctrination in public schools in Georgia, Tennessee, North Carolina, New Jersey, and elsewhere. Is it not possible to have a reasoned discussion about this without charges of being “anti-Muslim” and “Islamophobic”?

Given the response to Tom Harrison’s Facebook post, apparently not. Watch for him to be driven from office and disgraced utterly for his “Islamophobia.” And for the presence of Islam in America’s public schools only to grow larger.