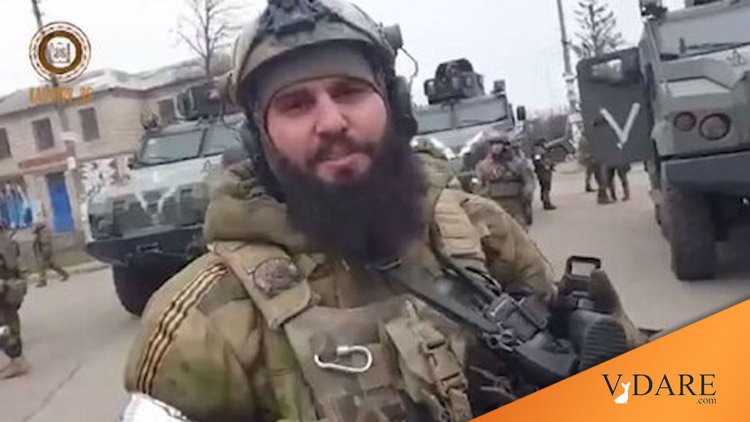 ‘Such Bad Guys Will Come’: How One Russian Brigade Terrorized Bucha

A particularly fearsome unit of Moscow’s invading army arrived in the Kyiv suburb in mid-March. The soldiers’ reputation preceded them.

By Carlotta Gall Photographs by Daniel Berehulak
May 22, 2022

BUCHA, Ukraine — When the soldiers of Russia’s 64th Motorized Rifle Brigade arrived in Bucha in mid-March, they brought a new level of death and terror to the city.

Over the next 18 days, in just one corner of this Kyiv suburb where the brigade took control, 12 people were killed, including all of the inhabitants of six houses where the soldiers set up camp.

Working with war crimes and forensic experts from around the world, Ukrainian investigators have reached some preliminary conclusions, focusing in particular on the 64th Brigade. They have already identified 10 soldiers from the unit and accused them of war crimes.

Yet the brigade took little part in any fighting, coming in after other units had seized control of Bucha and then tasked with “holding” it. The troops established checkpoints throughout the town, parking their armored vehicles in people’s yards and taking over their homes.

“They imprisoned our people,” said Ruslan Kravchenko, the chief prosecutor for the Bucha district, describing the actions of the accused soldiers. “They tied their hands and legs and taped their eyes. They beat them with fists and feet, and with gun butts in the chest, and imitated executions.”

The name of the 64th Brigade and a list of 1,600 of its soldiers were found among computer files left behind in the Russian military headquarters in Bucha, providing investigators with an immense resource as they began their investigation. Dmytro Replianchuk at Slidtsvo.info, a Ukrainian investigative news agency, soon found the social media profiles of dozens of the names, including officers.

Three victims who survived beatings and torture have been able to identify the perpetrators from the photographs, Mr. Kravchenko said.

… The soldiers were rough and uncouth, he said. “You could see they were from the Taiga,” he said, referring to the Siberian forest. “They just talk to bears.”

….Based in Russia’s far east, near the border with China, the 64th Brigade belongs to the Eastern Military District, long seen as the part of the Russian Army with the lowest levels of training and equipment.

The brigade has ethnic Russian commanders but consists largely of soldiers drawn from minority ethnic groups and disadvantaged communities, according to Col. Mykola Krasny, the head of public affairs of Ukrainian military intelligence.

In radio conversations that were intercepted by Ukrainian forces, some of the Russians expressed surprise that village roads in outlying areas of Kyiv, Ukraine’s capital, were paved with asphalt, he said.

“We see it as a deliberate policy to draft soldiers from depressed regions of Russia,” Colonel Krasny said.

Not a lot is known about the brigade, but Colonel Krasny claimed that it was notable for its lack of morality, for beatings of soldiers and for thieving. Drawn from a regiment that had served in Chechnya, the brigade was established on Jan. 1, 2009, shortly after Russia’s war in Georgia, Colonel Krasny said. The goal was clear, he added: to build up a fearsome army unit that could instill control.

… “The consequences of these politics was what happened in Bucha,” he said. “Having no discipline, and these aggressive habits, it looks like it was created to scare the population.”

He claimed that the Russian soldiers’ disadvantaged backgrounds, and the fact that they could act with impunity, prompted them “to do unspeakable things.”

Much of the soldier-on-soldier fairfights have been between European Slavs; the less fair fights have tended to be between Ukrainian Slavic civilians versus Caucasian Muslims, like the Chechen Khadyrovites, or Far Easterners.