I see our old friend The Irish Savant has been wondering about the same question troubling me: Is Mitt Romney stupid?  Sunday, 15 July 2012 (silly Blogger censorship effort may be safely ignored.)

I always assumed he was in fact highly intelligent. You may not like what he did at Bain but I’m pretty familiar with it, looking at it from a narrow company perspective, he did a superb job in difficult circumstances. But a number of recent actions on his part make me seriously reconsider...

…the stupidest thing imaginable has been his pandering and grovelling to the black ‘community’…Does he not realise that no matter what he does he won’t get more than a miniscule fraction of the black vote? Surely he must know this? And by his pandering he’s turning off large numbers of white Americans who are s*** sick of being on the receiving – and paying – end of the whole racist shakedown for decades.

There’s a huge constituency out there. Even in MSM outlets that allow (heavily edited) comments you’ll see that ordinary Whites are seeing through the c*** they’ve been sold and are ready to revolt. Romney would have this constituency sown up were he to make some sensible statements about race. Sure, he’d be branded a cook and a Nazi by most of the MSM, but as I said earlier, readers are increasingly seeing through the lies. These people would flock to his cause. I have no doubt about it.

In essence, the Sailer Strategy.

Maybe he thinks that such Whites will not vote for Obama, no matter what Romney does or says. And he’s undoubtedly correct. But the question is, how many of them will not bother to vote for Romney either, giving his pandering, and just say a plague on both of their houses?

I'm putting myself mentally in that position, and personally I believe that I'd not bother voting were the choice to lie between Obama and a Romney who would sustain the anti-White environment that now prevails.

...has he a deeper and more cunning plan that I can’t figure out?

My answer to this was laid out in Newt Gingrich and GOP Nomination: Accepting Treason Lobby Veto. (Then the immediate issue was the curious eagerness Gingrich showed to take the apparently unprofitable side on immigration in the Primaries.) As Romney and his handlers

...see it, the GOP grassroots are just a tedious detail. The key constituencies are the cheap-labor plutocrats, and the gate-keepers in the MSM. The latter in particular are going to be very suspicious of a GOP 2012 winner. Demonstrating subservience to the Treason Lobby on immigration is the domestic policy equivalent of these constant servile trips to Israel.

Defending White America from either Hispanic inundation or Black depredations runs the same risk: Sheldon Adelson and his friends would probably not approve. 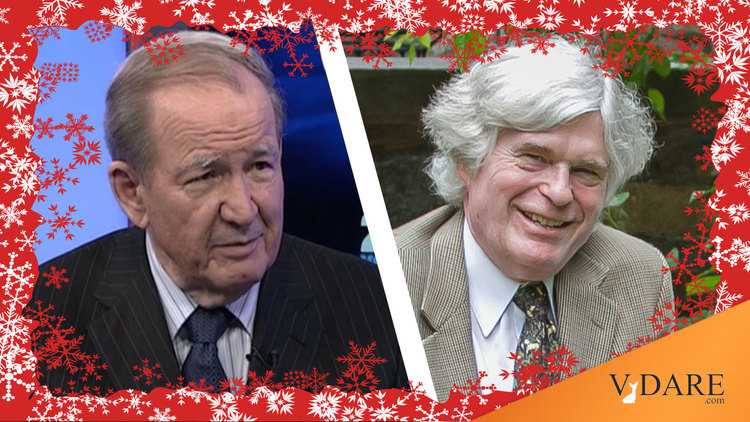