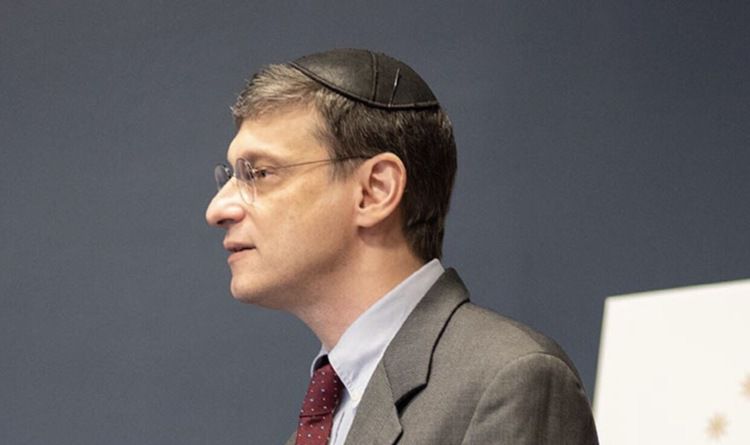 THE VIRTUE OF NATIONALISM: A Book Of Contradictions

When reading Yoram Hazony’s book, The Virtue of Nationalism, the image that keeps coming to mind is of a man working a puzzle, only to keep arriving at an unsatisfactory conclusion. There’s the period where it feels like it is all coming together, then that moment when he realizes the emerging answer is all wrong. Not factually wrong, but unacceptably wrong. After a brief moment of terror, he then throws his work into the fireplace and begins again with a fresh sheet of paper.

The book starts with the rather interesting claim that imperialism is a political system that “seeks to bring peace and prosperity to the world by uniting mankind, as much as possible, under a single political regime.” This a curious way to describe empire that makes imperialism sound like a hippy movement from the 1960’s. While it is true that empires grow from a desire to create peace for the conqueror, the prosperity and happiness of the conquered is never a concern.

This odd way of defining imperialism is a part of his rhetorical sleight of hand. What he seeks to do is redefine imperialism away from its biological and material motivations, to something that is ideological. The empire is not about putting one tribe ahead of all others or the material benefit of the emperor. It is about imposing a politics and culture on all people. The reason this is important is it allows Hazony to claim that Nazism is imperialistic, not nationalistic, in its fundamental nature.

Few scholars of fascism would agree with this, even though they would acknowledge that Nazism was expansionist and probably necessarily so. This is the result of the geopolitics of the period, not the inherent logic of fascism. That’s not the point. What Hazony is doing is inoculating himself and Zionism against the charge that is always leveled at nationalism. That is, it the logical endpoint of it is Nazism and that inevitably leads to war, genocide and barbarism.

That is the real argument of the book. Hazony puts no effort into explaining how his conception of nationalism could be applied in Europe or America. Instead, his argument is that Zionism, Jewish nationalism, is both the pure form of nationalism and the best form of human organization. It allows a people to chart their own destiny, but also prevents one nation from meddling in the affairs of another. A world composed of naturally occurring nation-states would be peaceful and prosperous.

He is not wrong. Judaism is the purest expression of nationalism. On the one hand, you have a collection of people, who not only share a language, history and religion, they share a common ancestor, hand-picked by God. Not only that, the Lord picked a land for his chosen people. To be a Jew is to be a member of a timeless tribe with an unrivaled link to the heavens and an unrivaled claim on the land. It is a sense of nation that transcends time, place and boundaries.

This is where Hazony reaches that point where the emerging answer to the puzzle he is working terrifies him. If a nation is a people with a common language, customs, history, territory and ancestors, then how is it wrong for a nation to not accept foreigners into their ranks? If France is for the French, they should have the right to deport the non-French from their lands? More precisely, would they not have a duty to deport these people, as their patriotic duty is to preserve the nation for future generations?

To get around these obvious difficulties, Hazony compares the nation to a family with lots of adopted children. Some reviewers think this sort of equivocating is a bow to the ideological realities of this age, but a closer reading suggests he is concerned with a different part of his audience. If a nation can decide who it allows in, based on its own internal logic and customs, then there can be no moral basis for opposing racism or antisemitism, as both are just natural extensions of nationalism.

Of course, the other problem with nationalism for the Zionist is the case of the Arab minorities in the Levant. If a nation is defined as a people with a common language, history and territory, then why can’t the Palestinians have a country? Why are their claims against Israel not valid? In chapter 17 Hazony resolves this by refining his definition of nationalism to limit it only to those who can attain a nation. In other words, everyone can have a nation, if they can get it and keep it.

In chapter nine we get another one of those moments where you can imagine him pulling up short as he realizes the implication of what he is writing. He starts out making the case for the biological underpinning of human society, then realizes where that is headed and swerves into the guardrail of civic nationalism. Then in the following two chapters, he makes the dissident case against social contract theory and the case against the materialist view of society peddled by libertarians.

If you can ignore the whiplash, the book has some excellent points to make that dissidents would be wise to read. In chapter 15 he carefully explains how federalism cannot work, using the case of America leading to the Civil War. He then compares that to the internationalist dream of a world controlled by supranational bodies arbitrating disputes between states. In the following chapter, he eviscerates the arguments of Ben Shapiro, without actually naming him.

Chapter 16 is his best chapter and one of the strongest arguments for ethno-nationalism you will find, outside of dissident circles. That chapter would not look out of place in Greg Johnson’s White Nationalist Manifesto. It is both an argument against multiculturalism and an argument in favor of ethno-nationalism. He is careful to avoid directly mentioning the biological aspect of nationalism, but no rational person can read that chapter and no think Hazony assumes a biological root to nationalism.

The last section of the book, which most reviewers apparently skipped, offers some very interesting insights into Zionism. In chapter 22 he writes about the shame Jews feel over not having fought back against the Nazis and how this is integral to Jewish nationalism and national identity. Instead of Jews being a people whose men and women stood helplessly as their children were murdered by the Nazis, Israel is a nation of armed men and women defending their children.

Similarly, chapter 24 offers insight into why Jews see criticism of Israel as a form of racism and antisemitism. On the one hand, they see the West adopting the Kantian model of nations, which holds white nations to a higher standard that non-white nations, like the Arab countries surrounding Israel. That’s the racism. On the other hand, the imperialist opposition to nationalism, which is what defines the Jewish people, is a hostility only aimed at Israel. That’s the antisemitism.

As is to be expected with polemical book, The Virtue of Nationalism will drive the pedant mad at times. Hazony makes some odd claims about the Thirty Years War. His view of Catholicism is weird and comes close to bigotry. As stated at the beginning, his definition of imperialism is hard to accept. Of course, the equivocation on the biological foundations of nationalism, especially Jewish nationalism, will strike a certain type of reader as predictable. That said, it is a good read for the dissident.

Finally, something that is not touched on by Hazony, but is implied in all Zionist discussions of nationalism, is this basic reality. For Israel to exist as currently constructed, it needs a robust relationship with a robust America. That America can only exist as a majority white and chauvinistically white. This inevitably puts the Zionist on the same side as the white nationalist. It turns out that the great irony of this age is that the fate of the West may ride on ancient enemies finding common ground.

[Crossposted from The Z-Blog]

Support the media that supports you. While all of us toiling in the fields of dissident media are motivated by a sense of duty, having a place to sleep and food on the table still requires money. Five bucks a month is not a lot to ask. Or, you can send money to me at: Z Media LLC P.O. Box 432 Cockeysville, MD 21030-0432. I now have a PayPal setup for those who prefer that method to donate. Thank you for your support!