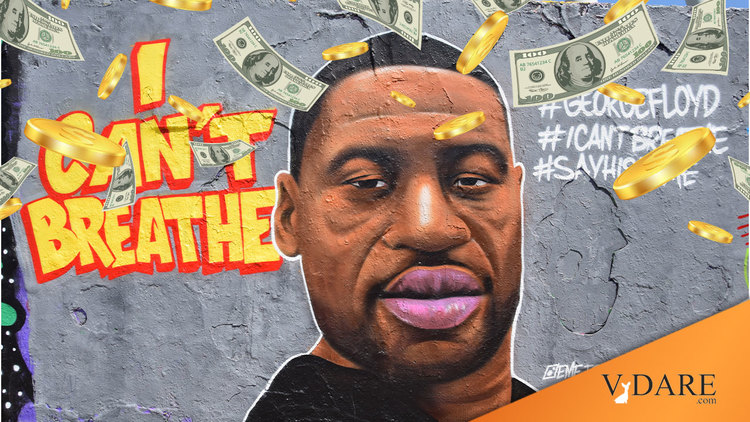 There's No Inner Party With The Plan, There's Just A Free-For-All For The Gigabux

Earlier: Thomas Edsall In The NYT: A Feminized Culture Is A Less Free One

From a New York Times column:

By Thomas B. Edsall

The octogenarian Edsall, after a long career as a reporter and pundit, serves as a sort of emeritus columnist, writing low-key essays assembling replies from academics, often on topics of interest to iSteve readers. His goal appears to be a worthy one: trying to keep the Democrats from going so nuts that they lose to the GOP.

The killing of George Floyd and the nationwide Black Lives Matter protests that followed drove an exceptionally large increase in foundation grants and pledges to criminal and racial justice reform groups and other causes, ranging from the United Negro College Fund to the Center for Antiracist Research and from the National Museum of African American History to the Yes 4 Minneapolis campaign to dismantle the Minneapolis Police Department.

Candid — a website that connects “people who want to change the world with the resources they need to do it” — published “What does Candid’s grants data say about funding for racial equity in the United States?” by Anna Koob on July 24, 2020.

That sounds like a 30-fold increase in funding for racial wokeness activists.

There are Democratic strategists who worry about unintended political consequences that could flow from this surge in philanthropic giving. Rob Stein, one of the founders of the Democracy Alliance, an organization of major donors on the left, argued in a phone interview that while most foundation spending is on programs that have widespread support, “when progressive philanthropists fund groups that promote extreme views like ‘defunding the police’ or that sanction ‘cancel culture,’ they are exacerbating intraparty conflict and stoking interparty backlash.” The danger, according to Stein, is that “some progressive politicians and funders are contributing to divisiveness within their ranks and giving fodder to the right.” …

Elites don’t really have a carefully worked-out Plan for what will happen next. Indeed, besides not having much of a Plan, they barely have a clue. Elites mostly just have bigoted emotional reactions that can be exploited on the fly by the self-interested.