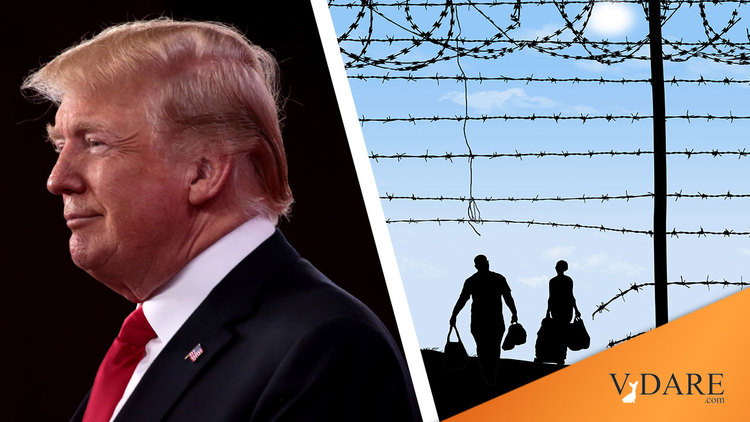 Trump Statement On Immigration Great, But Why Not Post It On DonaldJTrump.com?

We keep telling you to sign up for our email bulletin, because we may be chased off social media.

Donald J. Trump, the 45th President, has been banned from social media, but released this statement by email.

The full text of is below:

Statement by Donald J. Trump, 45th President of the United States of America

When I was President, our Southern border was in great shape — stronger, safer, and more secure than ever before. We ended Catch-and-Release, shut down asylum fraud, and crippled the vicious smugglers, drug dealers, and human traffickers. The wall, despite horrendous Democrat delays, would have easily been finished by now, and is working magnificently. Our country is being destroyed at the Southern border, a terrible thing to see!

If the ex-President does want to be on social media, by the way, there's an account reserved for him on Andrew Torba's free speech platform Gab.

Trump has a webpage at DonaldJTrump.com, as he has had for years. There's also a post-Presidential website called 45office.com, with minimal content at this time.

In lieu of social media (since the Big Tech companies ousted him), Donald Trump has begun routinely publishing formal statements via press release. Today a total of three were sent out: one complimenting Senator Roy Blunt of Missouri, a second one being a call-out of “RINOs” (Republicans in name only), and a third commenting on the current border crisis hitting the USA/Mexico border.

I think he should post these on his web page, where people can read it and link to it.