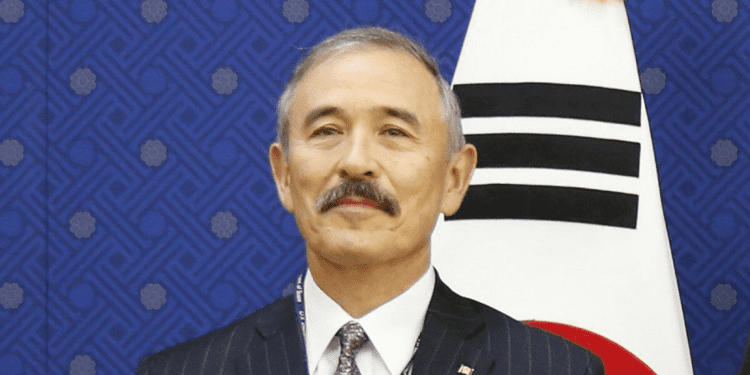 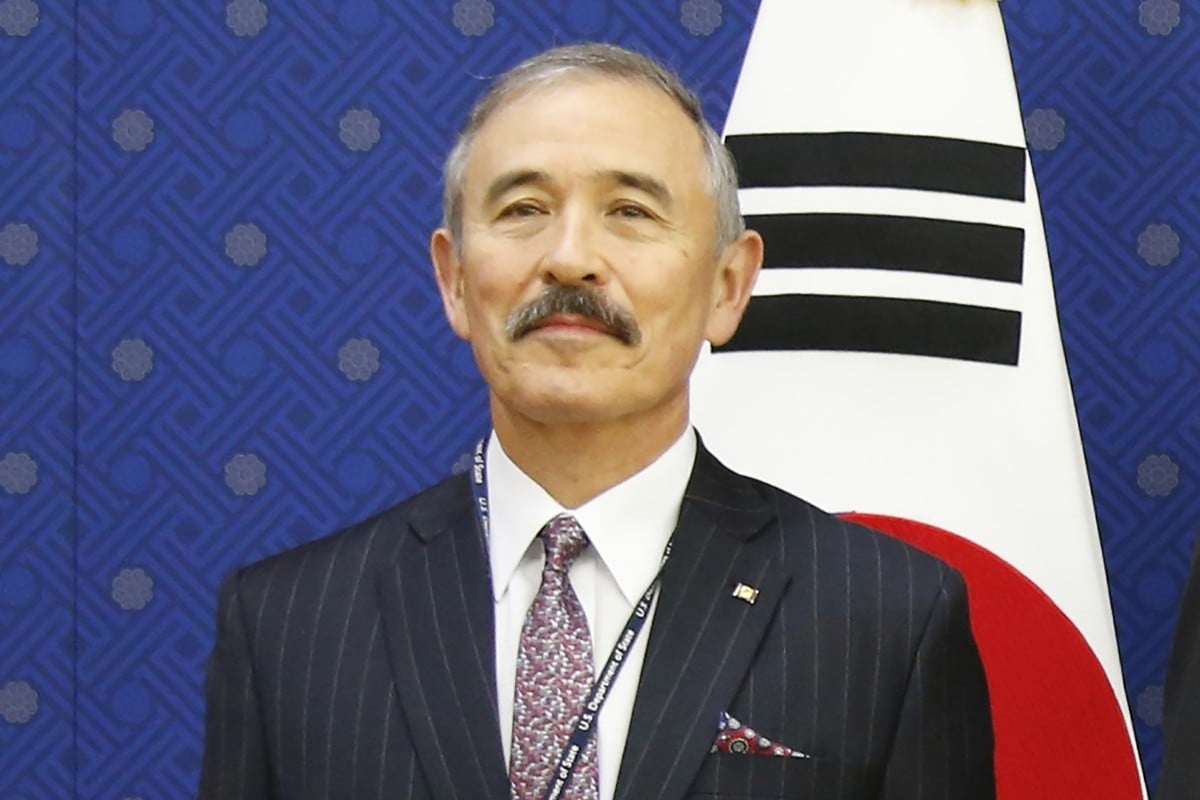 The U.S. Ambassador to South Korea, retired 4 star admiral Harry Harris (appointed by Trump a couple of years ago), has recently grown a mustache, which has become a flashpoint in South Korea.

Harris is half-Japanese and many personages in Imperial Japan during the era when Japan ruled Korea, 1910-1945, such as Hirohito, Tojo, and almost all Japanese governor-generals of Korea, wore mustaches. Of course, being half-white, Harris’s mustache is more impressive than those of most of these Japanese figures.

Racism, history and politics: Why South Koreans are flipping out over a US ambassador’s mustache

(CNN) It might just be the most bizarre criticism of a US ambassador in recent memory.

Harry Harris, Washington’s envoy to South Korea, has been subjected to heated vitriol on social media and by anonymous netizens for his mustache.

That small piece of facial hair has, as Harris put it, “for some reason become a point of some fascination here in the media.”

“If you watch social media it’s all out there,” Harris, the former head of US Pacific Forces, told a group of foreign reporters Thursday.

On the surface, the critiques border on ridiculousness. It’s just a small patch of hair.

But Harris’ ‘stache has sparked discussions on topics much bigger than the ambassador himself: the still-raw emotions among many Koreans about the legacy of Japanese occupation; the prevalence of racism in such a homogenous society; and cracks appearing in the future of the decades-old alliance between Seoul and Washington as the two sides attempt to reach a deal on how to cover the cost of US troops stationed in South Korea, amid reports that President Donald Trump demanded a 400% pay increase.

I once got a randomly dialed abusive phone call from South Korea blaming a Nippo-American conspiracy after Apolo Anton Ohno edged out a South Korean skater for a short track speed skating medal in a Winter Olympics. Generally, short track speed skating races would always end with everybody falling down and the South Koreans failing to finish while the American Ohno would sneak his skate across the finish line for a medal.

The gist of the criticism is that with the mustache, Harris resembles the reviled Japanese leaders who ruled the Korean Peninsula with an iron fist during the Japanese occupation.

But Harris isn’t Japanese, he’s a US citizen. And calling him out for his Japanese ancestry would almost assuredly be considered racist in the United States.

South Korea is a homogenous society without racial diversity like the United States. The CIA World Factbook doesn’t even list other ethnic groups living in South Korea on the country’s page, instead just referring to the country as “homogenous.” Mixed-race families are rare and xenophobia remains surprisingly common.

“I didn’t grow a mustache because of my Japanese heritage, because of the independence movement of Korea or even because of my dad. I grew it because I could and I thought I would and I did,” he said.

Harris explained that he grew the mustache to mark a new phase in his life, after he retired as commander of the US Pacific Fleet and began working as a diplomat.

“I couldn’t grow taller, I couldn’t grow hair on top of my head, but I could grow it on front of my head and so I did that. Nothing more nefarious than that, I wanted to have a change,” he said.

Growing facial hair allows a man to feel he’s accomplishing something every day. He may not have got much else done, but by God, he’s added another day’s growth to this mustache/beard/sideburns/whatever.

On the other hand, the job of an ambassador is political not meritocratic, so being sensitive to local sensitivities is an important part of the job.