Climate change is forcing some animals to move. Don’t call them “invasives.”

… “Invasive species” is a concept so ingrained in American consciousness that it’s taken on a life of its own, coloring the way we judge the health of ecosystems and neatly dividing life on Earth into native and invasive.

A 2018 Orange County Register story on Wallingford’s work, for example, called the dark unicorn snails “climate invaders.” “I think any time you introduce this idea of a new species, there’s sort of this inherent reaction of, ‘Oh, that’s bad, right?’” Wallingford says. But she encouraged local stakeholders not to try to remove them.

For decades, invasion has been a defining paradigm in environmental policy, determining what gets done with limited conservation budgets. Species deemed invasive have often been killed in gruesome ways. Even though invasion biologists readily point out that many non-native species never become problematic, the invasion concept almost by definition makes scientists skeptical of species moving around. But a growing community of scientists and environmental philosophers now question whether a concept defined by a species’ geographic origin can capture the ethical and ecological complexities of life on a rapidly changing planet. In the 21st century, there’s no such thing as an undisrupted ecosystem, and this will only become truer as climate change and habitat loss accelerate. It’s crucial that we get this right.

… Detractors said that merely linking climate-tracking species with invaders taints them by association. Range-shifters ought to be seen “not as invasive species to keep out, but rather as the refugees of climate change that need our assistance,” University of Connecticut ecologist Mark Urban argued in a comment published in the same journal issue.

Climate change and the range shifts it’s causing are extraordinary circumstances. If a species flees a habitat that is burning or melting, is it ever fair to call it invasive? Even outside of a climate context, this tension reflects a more fundamental problem within the invasive species paradigm. If the label is so stigmatizing that the only appropriate response feels like extermination, perhaps something else needs to take its place.

… British ecologist Charles Elton drew attention to non-native species in his 1958 book The Ecology of Invasion by Animals and Plants, arguing that there is a place, or niche, for every species on the planet where they’ve evolved to survive. Those that move, he believed, should be removed.

… Some conceptions of invasive species’ harms are questionable.

For example, invasives can be considered a threat not only by killing or outcompeting native species but also by mating with them. To protect the “genetic integrity” of species, conservationists often go to extraordinary lengths to prevent animals from hybridizing, environmental writer Emma Marris points out in her book Wild Souls: Freedom and Flourishing in the Non-Human World. Consider the effort in North Carolina to prevent coyotes from breeding with endangered red wolves, which bears uncomfortable parallels to Western preoccupations with racial purity that only recently went out of fashion.

That’s why some scientists look askance at the influence of invasion biology and argue that the field has a baked-in, nativist bias on documenting negative consequences of introduced species and preserving nature as it is. Invasion biology is like epidemiology, the study of disease spread, biologists Matthew Chew and Scott Carroll wrote in a widely read opinion piece a decade ago, in that it is “a discipline explicitly devoted to destroying that which it studies.”

Historically, the term has erroneously expanded to the idea of, “‘If you’re not from here, then you are most likely going to be invasive,’” Sonia Shah, author of The Next Great Migration: The Beauty and Terror of Life on the Move, said on a June 2021 episode of Unexplainable, Vox’s science-mysteries podcast. Conservation policies have been crafted around the idea that if something is not from “here” — however we define that — “then it is likely to become invasive, and therefore we should repel it even before it causes any actual damage,” as Shah says, which is part of the nativist bent that pervades ecological management.

What’s more, the very notion of “invasion” draws on a war metaphor, and media narratives about non-native species are remarkably similar to those describing enemy armies or immigrants. For example, a recent news story in the Guardian about armadillos “besieging” North Carolina described them as “pests” and “freakish.” It also gawked at the animal’s “booming reproduction rate,” an allegation that, not coincidentally, is leveled against human migrants.

Many scholars have explored how anxieties about humans and nonhumans crossing borders, or going places where they don’t “belong,” map onto one another. “The fear of immigration is never isolated to humans,” writes science studies scholar Banu Subramaniam in The Ethics and Rhetoric of Invasion Ecology. “It includes nonhuman migrants in the form of unwanted germs, insects, plants, and animals.”

One important set of interests isn’t considered in invasive species management at all: those of the “invasives” themselves. Arian Wallach, an ecologist at the University of Technology Sydney who is well known for her criticism of invasion biology, calls invasive species “nothing less and nothing more than a curse word” used to demonize species and exclude them from moral consideration. She first began to question invasion biology after she moved for her PhD to Australia, which has some of the most militant invasive species management programs in the world, aimed at protecting the country’s own unique species.

“I started seeing conservationists blowing up animals with bombs, shooting them from helicopters, poisoning them, spreading diseases through them,” she says. Australia has shot feral goats, camels, deer, pigs, and other animals from the sky (a method also used in the US), and the country kills many small mammals with 1080, a poison that is widely regarded as causing an extremely painful death. Invasion biology, Wallach believes, is “a bad idea that’s had its run.”

… Her work serves as a proof of concept for “compassionate conservation,” a movement that opposes the mass killing of some animals in an attempt to save others. A core tenet of this framework is to value animals as individuals with their own moral value, rather than just a member of a species.

It might seem, then, that there’s a trade-off between caring about animals as individuals and caring about them in the context of species and ecosystems, but Wallach argues it’s more complicated. Bias against non-natives doesn’t just harm individuals; it can harm entire species.

… In Tierra del Fuego, at the tip of Chile and Argentina, a particularly dramatic novel ecosystem is taking shape. In 1946, beavers were introduced there in a futile attempt to create a fur industry. Instead, the animals proliferated and munched down the region’s Nothofagus — southern beech — forests, creating dams and ponds. “They are these miraculous world builders,” says Ogden, who wrote an essay imagining the beavers not as invaders, but as a diaspora. 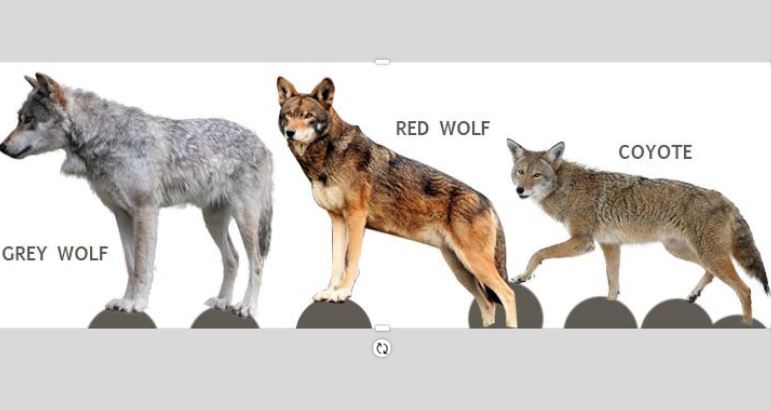 Nothing that even raises questions about the prudence of allowing massive migration from the Third World to the traditionally white world can be allowed to exist.

Maybe you like that red wolves more or less exist and don’t want them to turn into just a type of coyote? But think about how many relatives back home in the Old Country Banu Subramaniam still has. Your concern for red wolves might inspire doubts about the wisdom of bringing over two, three, many more Subramaniams.