Wednesday this week a young woman named Mariam Moustafa, 18 years old, died from injuries she'd received when being beaten three weeks earlier, by … by whom? By "a group" says the BBC News report.

If you read 200 or so words into the BBC report you learn that it was, quote "a group of about ten girls." The beating started in the street. Ms. Moustafa ran from the group and boarded a bus, but they followed her and beat her some more, giving her traumatic head injuries.

But who were these people who attacked her? "Ten British girls," said one news outlet. O-kay, so is there a race angle? Ms. Moustafa was Egyptian, though light-skinned and not obviously non-British.

The London Daily Express, a major newspaper, ran a story on Thursday this week headlined Teenage Egyptian student dies after "racist" gang attack at Nottingham bus stop, with quotes around the word "racist." Why the quotes? Because they are actually quoting someone, Ms Moustafa's family—"The teenager's family believe the attack was racially-motivated.”

We get no other information. The Express identifies Ms. Moustafa's attackers as"female yobs." "Yobs" is Brit-speak for "unruly young people," with no racial connotations. You could in fact come away from the British news coverage of Ms. Moustafa's cruel death assuming that she'd been set upon by young white British women who had figured out somehow that she was a foreigner.

Then you might happen upon an Egyptian news outlet: the English-language outlet Egypt Today, for instance, which naturally has taken an interest in the death of a young Egyptian woman. Quote from them, Wednesday, March 14th: "In late February, Mariam, an 18-year-old engineering student based in Nottingham, U.K., was brutally beaten by 10 British women of African descent." 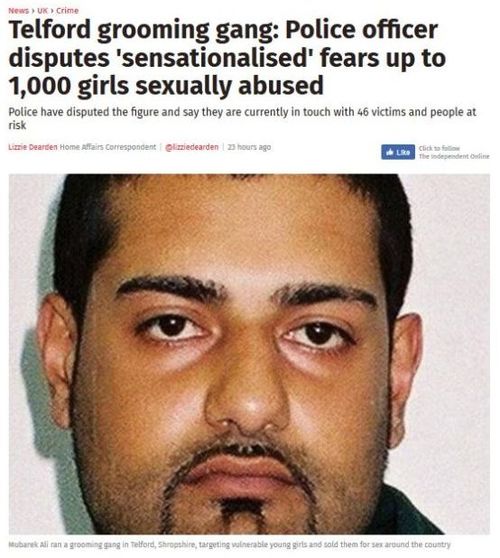 Just another day in Cuck Island. Wait a minute, though. Britain has a police force, doesn't it? This attack happened three weeks ago in a street, in broad daylight, and then on a bus with a conductor and many passengers aboard. Surely the Bobbies have by now figured out who done it and have them securely under arrest?

Well, they did take in one 17-year-old girl on suspicion of assault; but they soon released her on bail. Britain's police are easily the most cucked sub-population on Cuck Island. They scurry around in terror that someone might call them "racist"—because, for example, they'd pursued charges against ten black girls who'd beaten a white girl to death.