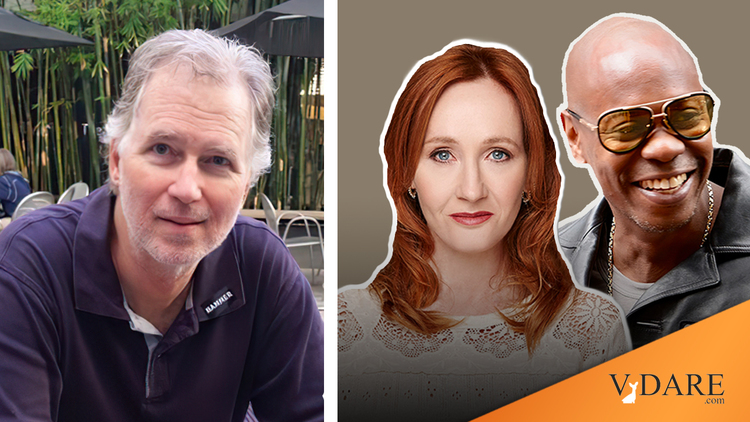 Why Do Fetishists In Frocks Have Even A Fighting Chance Of Cancelling The World's Most Popular Entertainers?

The comedian Dave Chappelle’s comments on transgender people and gender in “The Closer” have led to outside criticism and internal unrest at the company that upended Hollywood.

It was looking like a great year for Netflix. It surpassed 200 million subscribers, won 44 Emmys and gave the world “Squid Game,” a South Korean series that became a sensation.

That’s all changed. Internally, the tech company that revolutionized Hollywood is now in an uproar as employees challenge the executives responsible for its success and accuse the streaming service of facilitating the spread of hate speech and perhaps inciting violence.

At the center of the unrest is “The Closer,” the much-anticipated special from the Emmy-winning comedian Dave Chappelle, which debuted on Oct. 5 and was the fourth-most-watched program on Netflix in the United States on Thursday. In the show, Mr. Chappelle comments mockingly on transgender people and aligns himself with the author J.K. Rowling as “Team TERF,” an acronym for trans-exclusionary radical feminist, a term used for a group of people who argue that a transgender woman’s biological sex determines her gender and can’t be changed.

J.K. Rowling, author of the Harry Potter books, is the world’s best-selling writer. Dave Chappelle is, arguably, the top stand-up comic in America at present. Neither is a dreaded white man.

How insane is it that the fetishists in frocks who want to shut them up are treated by the press as the Good Gals?

As I’ve pointed out before, when it comes to sheer masculine obsessiveness and aggression, man for man, the ex-men are the Seal Team Six of cancel culture.

But nobody gets that.