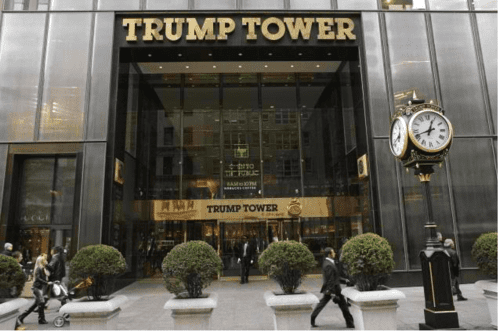 Will Trump Renounce His (Legal) Use Of Indentured Immigrant Cheap Labor? 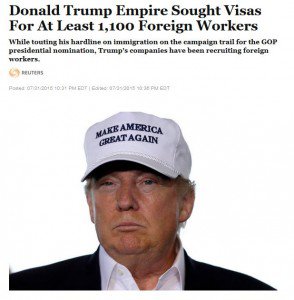 Guest Worker visas are nothing less than the return of indentured servitude to the United States because unlike permanent residents and citizens guest workers can change jobs only with difficulty and can be sent home at the whim of an employer. The Huffington Post has shown  that the Trump Plantation sought over 1100 such visas. [Donald Trump Empire Sought Visas For At Least 1,100 Foreign Workers, Reuters, July 31, 2015]

Trump can claim he is importing the "good ones", but the sad fact is that when they're not,  current law makes him and other employers in no way legally responsible for criminal activity his indentured servants commit while in the US.

Trump focuses on the idea that that illegal immigration is the only problem out there. He is not (yet) looking at how legal immigration fails to represent the interest of the broad American public. Maybe he will.