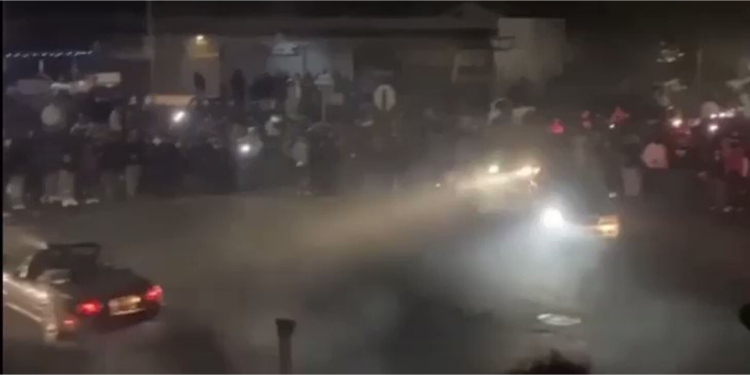 As we all know, the life of the African-American is a grim one as they cower in terror from the police. Systemic racism keeps them from ever having any fun, they can never even smile from the horrifying words of “The Talk” resounding in their heads, as can be seen in this video of what I believe is a “sideshow” on July 4 next to the Oakland police headquarters.

They’re calling the new
I Am Rapaport Podcast “60 Minutes of Chaos”
Let me know what you think!!!@iamrapaport https://t.co/xX08nBxpnO pic.twitter.com/Ej0ZdSnPHR

A sideshow is kind of like the running of the bulls in Pamplona, but with more people in the crowd trying to shine laser beams into the drivers’ eyes and more gunplay.

From ABC 7 News in the Bay Area:

Oakland’s top cop says Fourth of July in his city this year was among the most violent he’s seen in more than 20 years on the force.

Armstrong held a rare holiday press briefing and he wasn’t just talking about the illegal fireworks that rained down on his city, but rather the reign of terror, the violence that left at least two people dead and several others critically injured.

“My heart goes out to the families of the victims from last night,” said Armstrong. “But celebratory gunfire led to the vast majority of these shootings.”

One woman is in grave condition after one of at least seven shootings and a 16-year-old boy was hit in the head by a bullet from “celebratory” gunfire, but is expected to survive.

Another man was found dead with “blunt force” injuries, labeled a suspicious death. ..

“Although we came out prepared to address the fireworks,” said Armstrong. “Along with sideshow activity, the violence overtook all of our resources.”

A massive sideshow involving 300 cars left one man with critical injuries after he was struck by a moving vehicle.